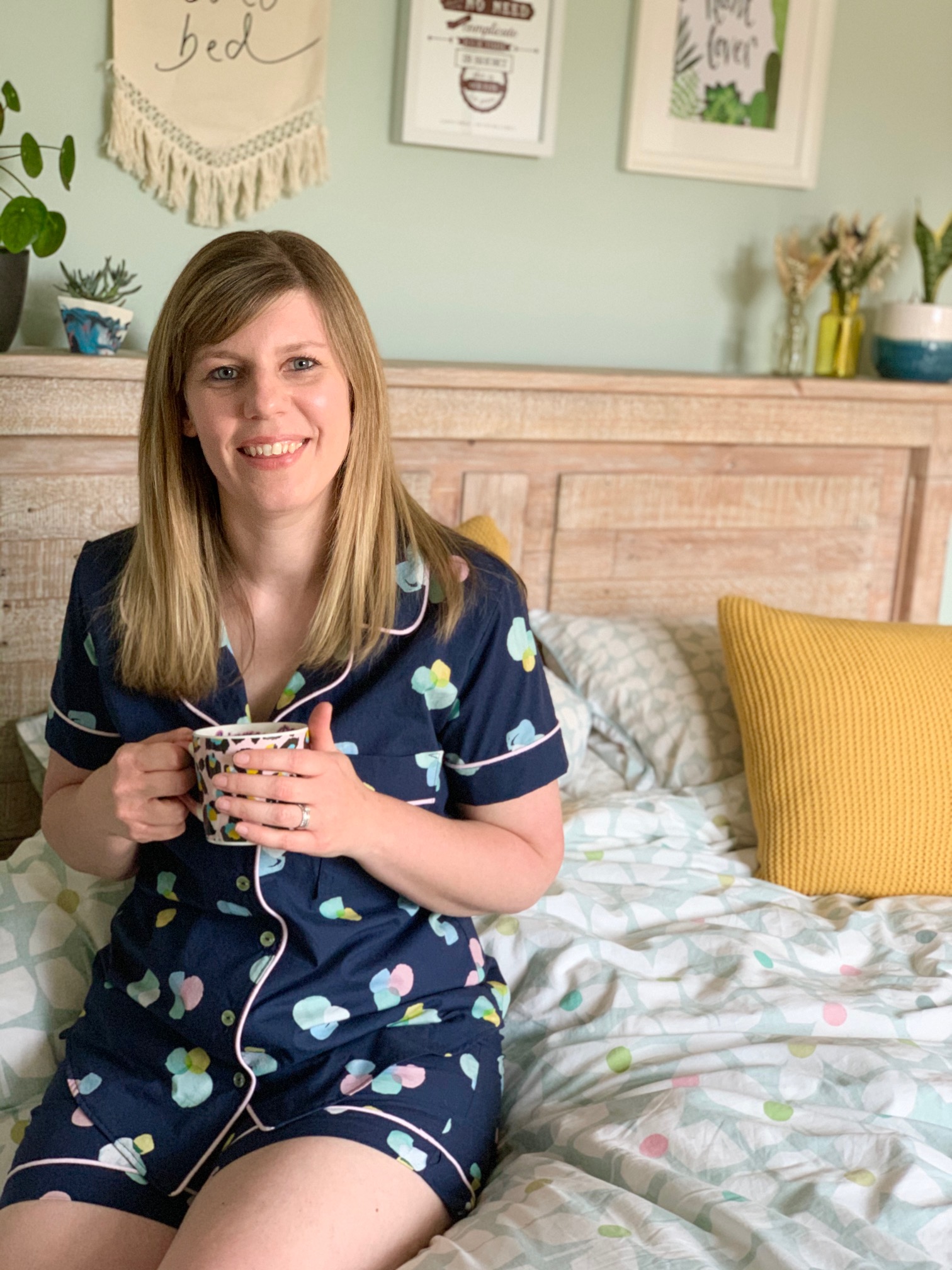 Today I’m back talking about the Carolyn Pyjamas by Closet Core Patterns. The pattern has several versions, making it really versatile, and I decided to go for the full on piped version so that I could have some really luxurious sleep wear.

This pattern is rated as a 3/5 for difficulty and I would definitely agree with this. I would also say that if you’re a complete beginner, maybe build yourself up to tackling this, mainly because of the sheer volume of pattern pieces!

I decided to go for view C which is the short sleeved top and the shorts – I don’t normally wear long pyjama bottoms anyway, but especially as we’re coming into late spring/early summer, this short version will be perfect for keeping cool.

I chose this beautiful Lady McElroy cotton lawn called Prosecco Fizz in the navy colour way – unfortunately this is long sold out, but Felicity Fabrics have loads of cotton and double gauze fabrics that would be perfect for this pattern. If you haven’t sewn with cotton lawn before, it’s a beautiful lightweight fabric, that presses so well and is nice and crisp. It’s also very easy to handle, so no slip-sliding around on your machine.

I got the piping from Cloth and Candy, and the soft pink colour perfectly complements the pink in the fabric. This was the first time I’d used piping in any project and I was initially a little intimidated! But once I got going, it was actually quite simple to attach. I measured the piping out by pinning it round on the area required, then lined it up with the seam allowance which in this case was 5/8”. I used a zipper foot so that I could sew really close to the edge, and it worked really well. You can buy a piping foot for most machines, but I think a zipper foot works just as well. The pattern instructions actually tell you a little bit about attaching piping which is amazing, so make sure you give them a read before starting.

Due to the fact that my overlocker broke prior to starting this project, I decided to French seam everything! This was actually a blessing in disguise, as I was able to take the project slowly rather than rushing through, and it also meant that I was extra careful because I was taking it slowly! If you haven’t used French seams before, they’re not difficult at all, but you do have to sew the seam twice! You have to divide the seam allowance i.e if the total seam allowance is 1.5cm, I would initially sew a seam of 0.5cm, flip it over then sew another seam of 1cm. French seams mean that all raw edges are enclosed, not only making it a super neat finish, but it also makes it very strong. To French seam, you initially sew wrong sides together (I know it feels wrong!), press to the opposite side so that right sides are together, then sew your second seam with right sides together. I hope that makes sense!

I made a size 10 in the shirt and a size 12 in the shorts. I would say that I think the shorts come up small, and after speaking to a few other sewists, they have found the same thing. I initially thought I may have to do a “full seat” adjustment if I were to make the shorts again, but actually, I think sizing up would probably do the trick.

Fliss and Caroline very kindly sent me two colours of buttons as they couldn’t decide which went with the fabric the best – I actually had the same dilemma, but in the end I went for the green ones as I thought the piping had already brought out enough of the pink tones in the fabric.

I really hope that although this is an involved project, it hasn’t put you off giving the Carolyn Pyjamas a go! If you do give it a try, you will end up with a beautiful sleep wear set that hopefully you’ll be able to use for years to come!

Thanks so much for reading, and I hope to be back on the Felicity Fabrics blog soon! 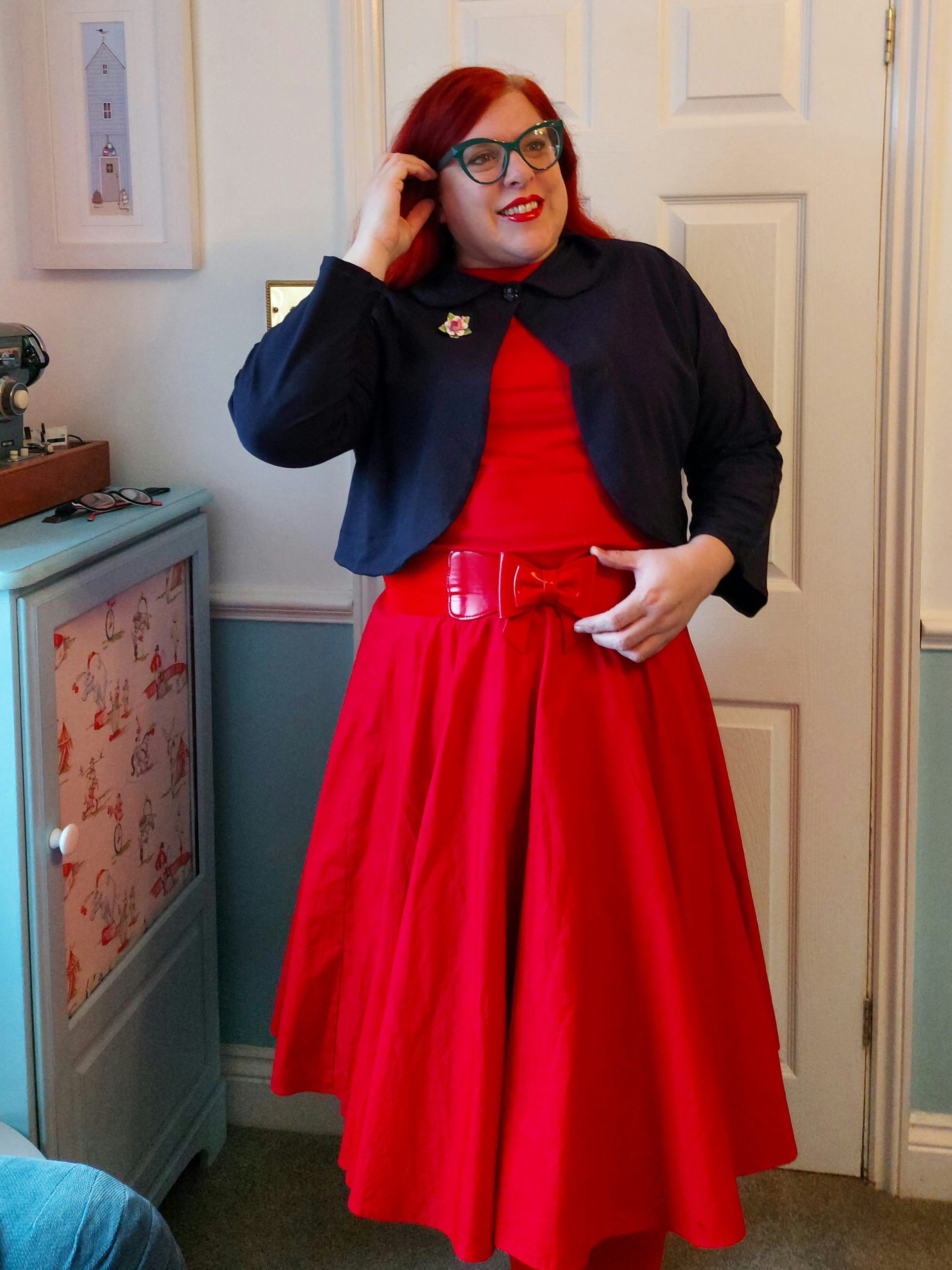 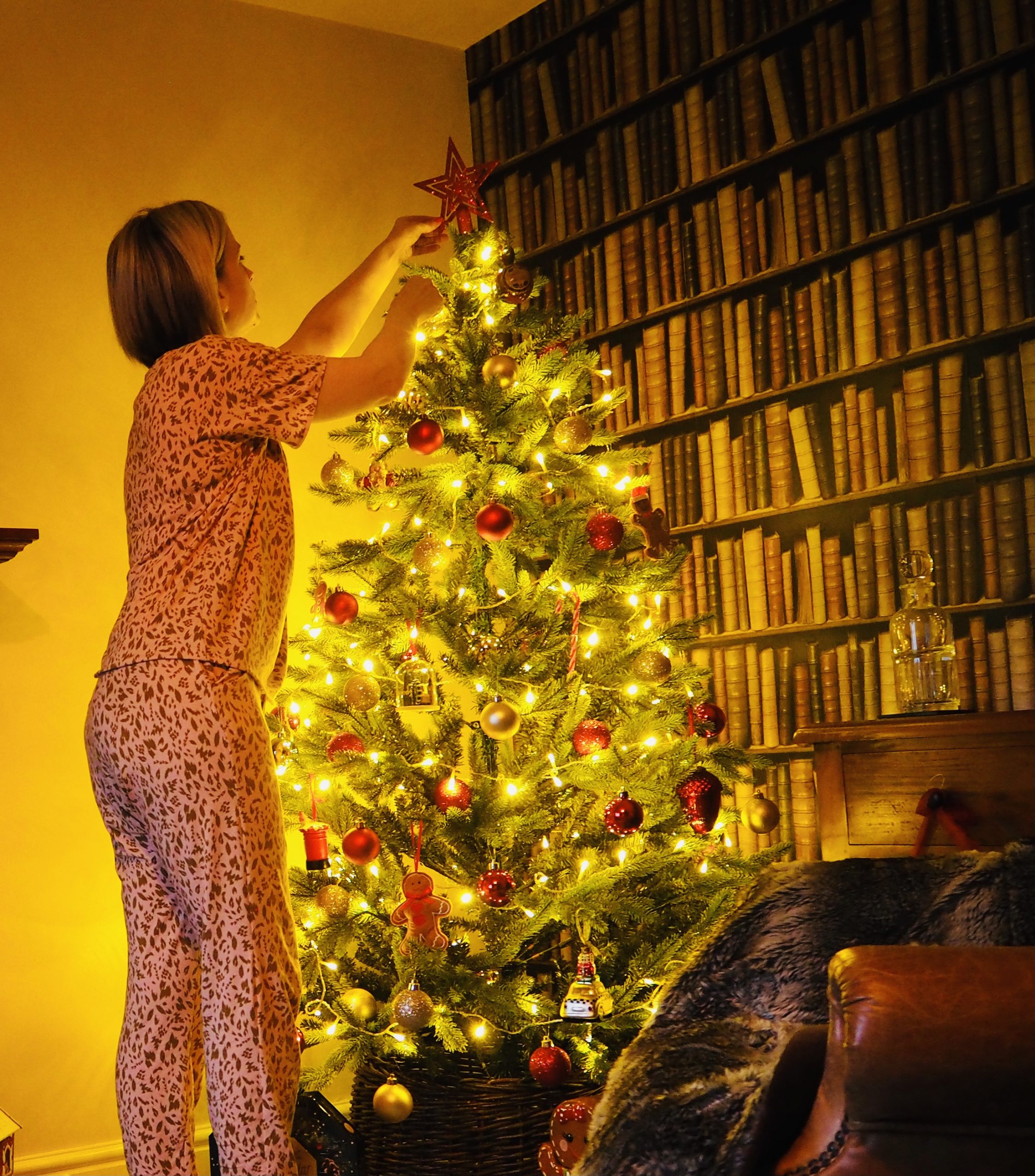 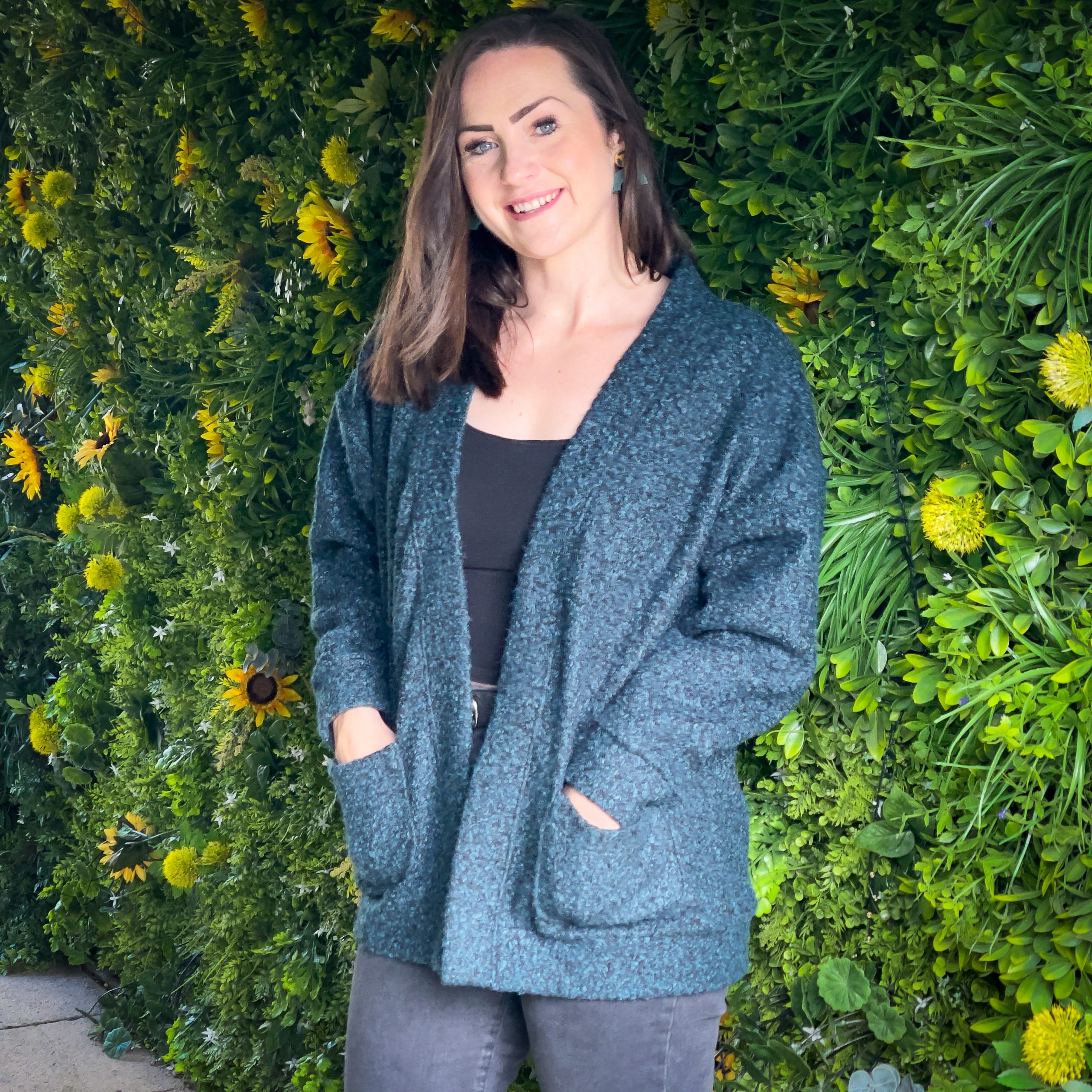